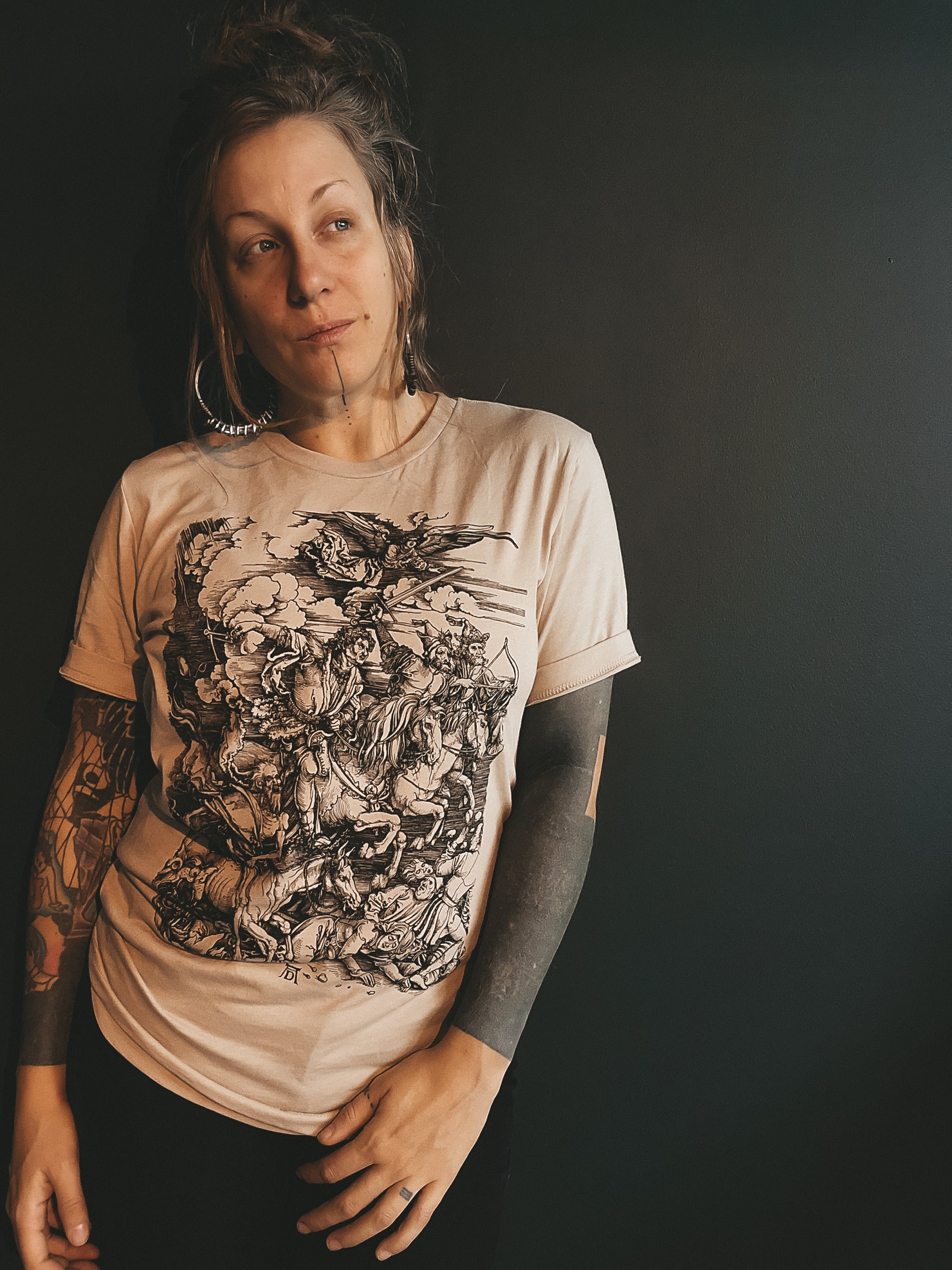 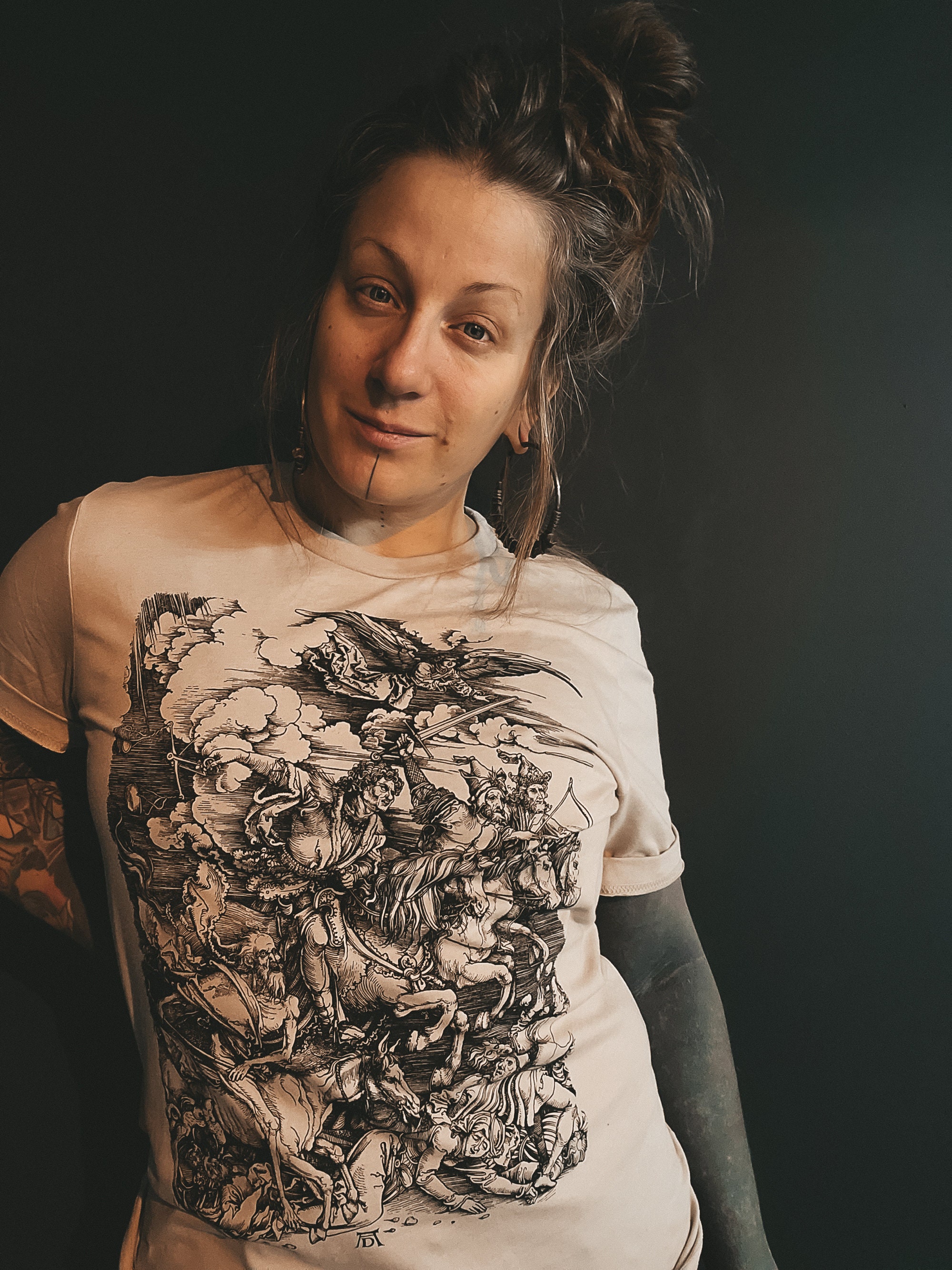 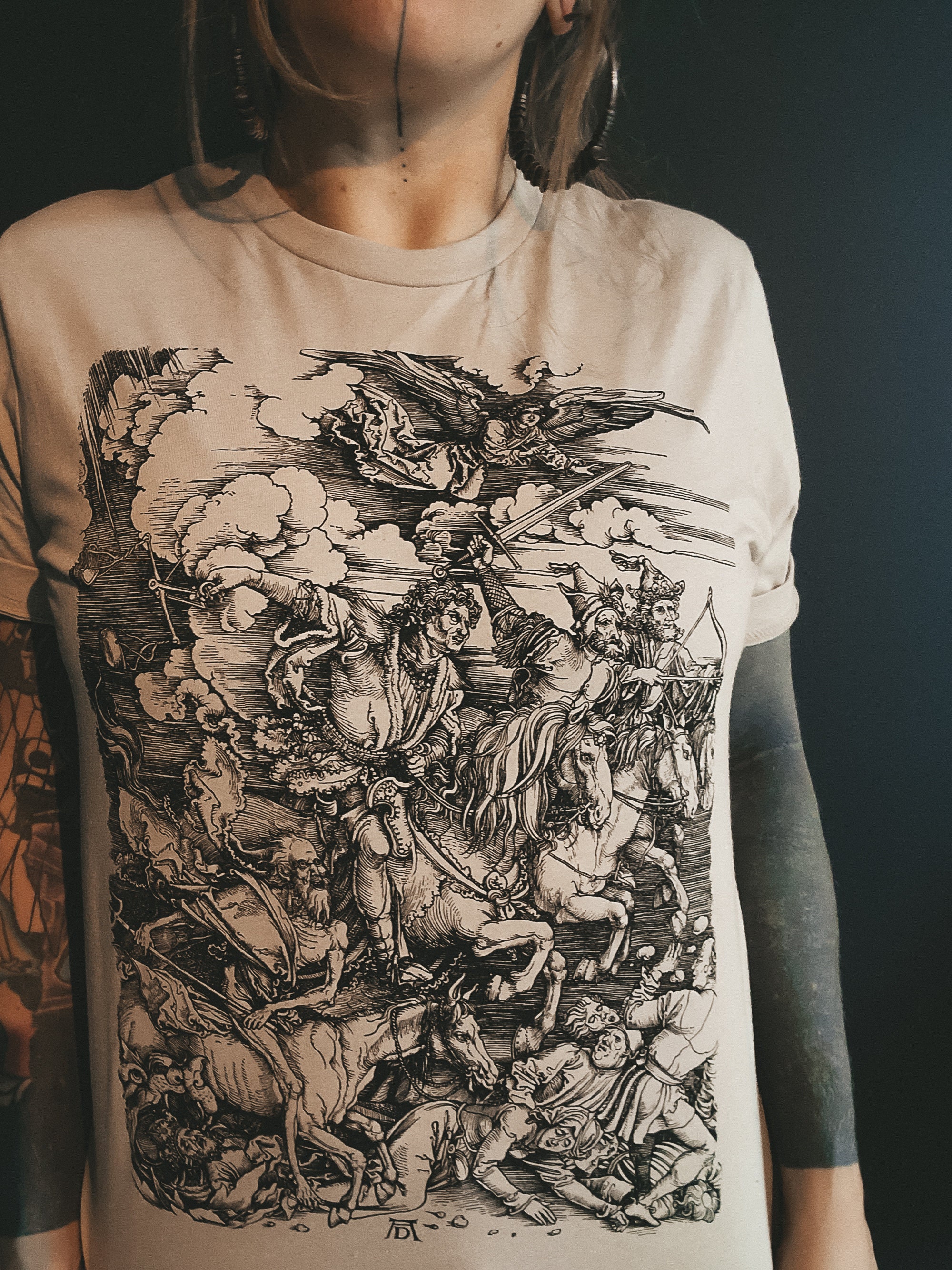 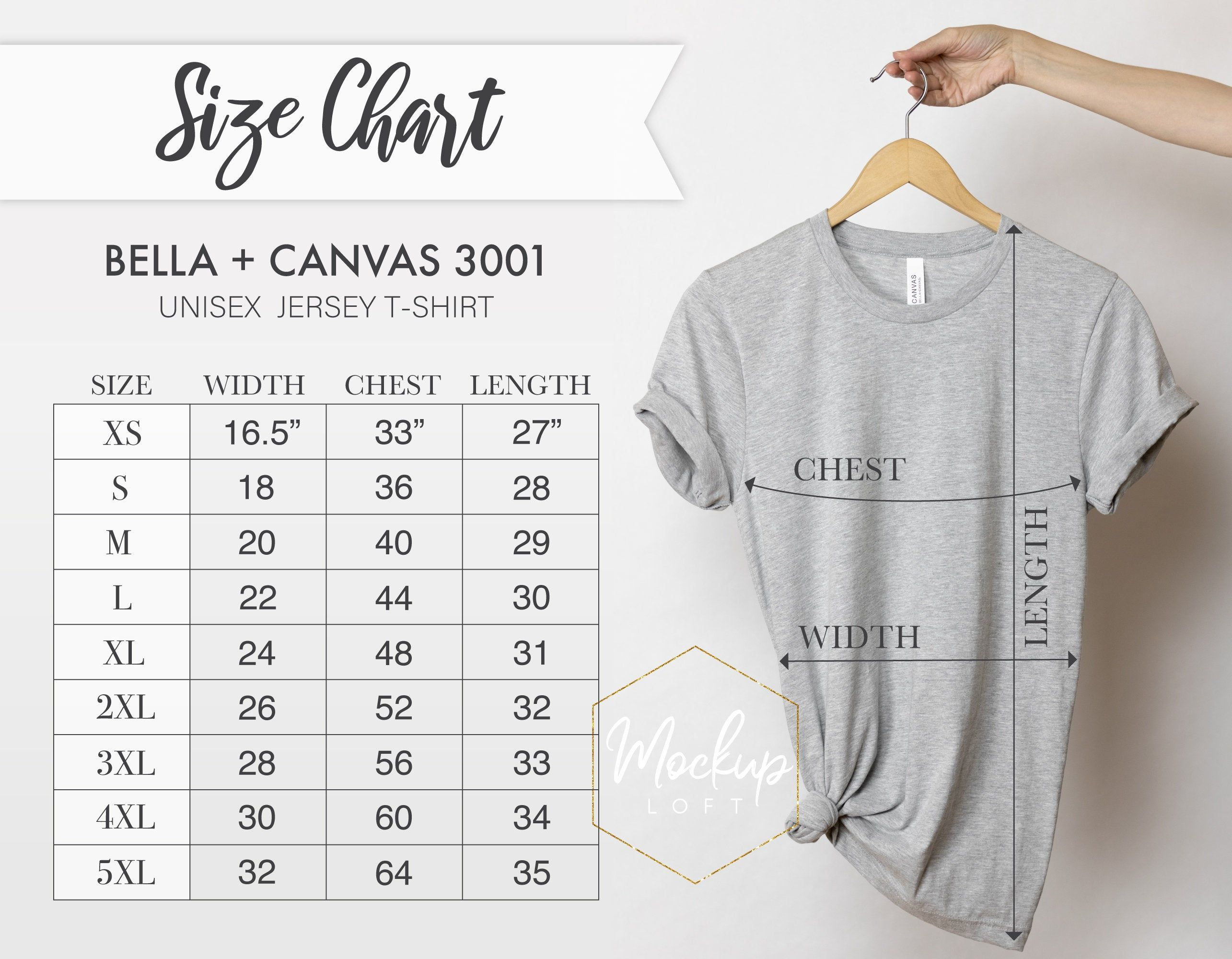 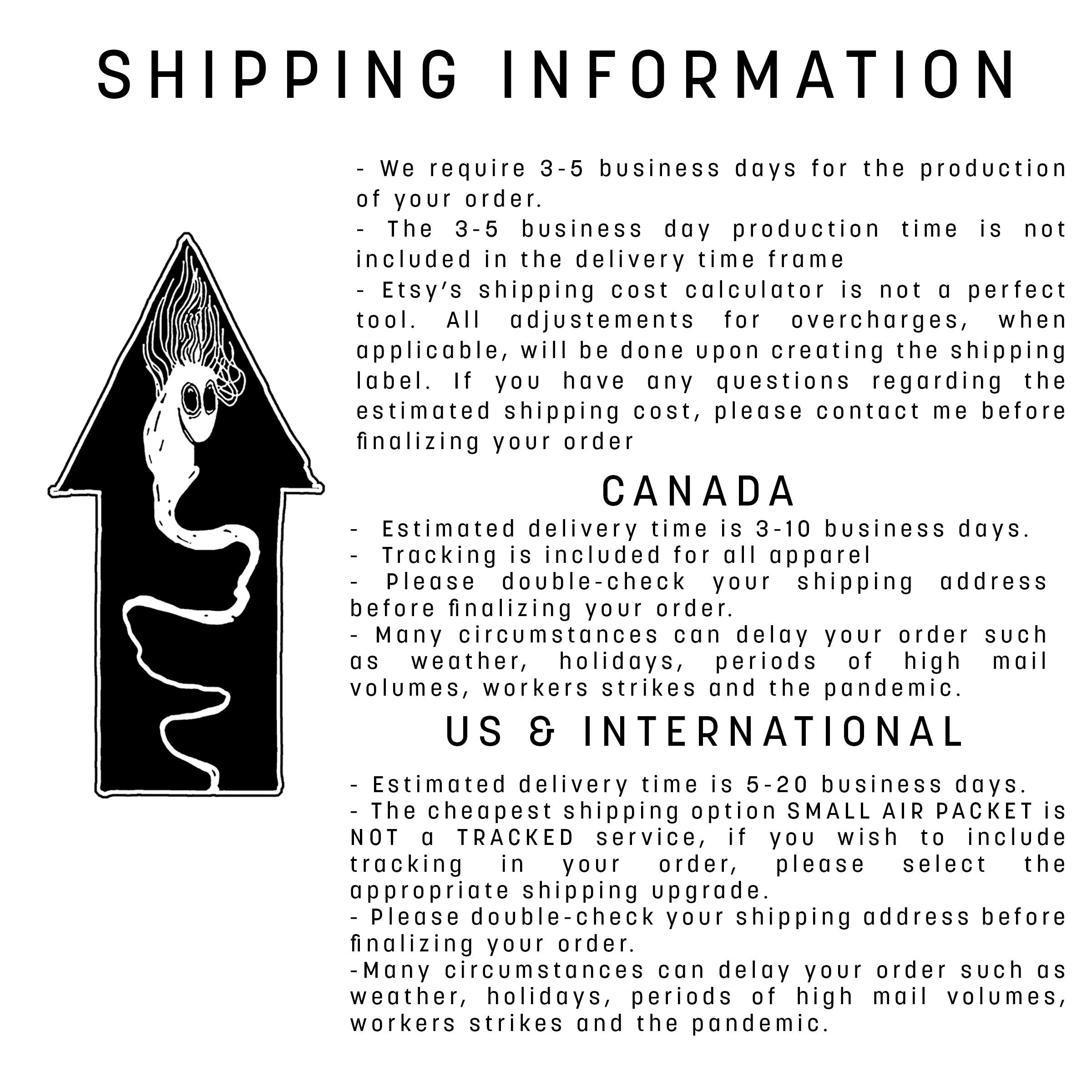 The Four Horsemen, from The Apocalypse
1498
By Albrecht Dürer

Oversized print in the front on UNISEX TAN shirts

I'll do my best to meet these shipping estimates, but can't guarantee them. Actual delivery time will depend on the shipping method you choose.

Ship items back to me within: 30 days of delivery

I don't accept returns or cancellations

But please contact me if you have any problems with your order.

The following items can't be returned or exchanged

Because of the nature of these items, unless they arrive damaged or defective, I can't accept returns for:

YES WE DO CUSTOM ORDERS BUT...
-The minimum order for apparel (shirts, longsleeves, hoodies...) is 12 units and 50 units for patches.
Please contact us directly at abansheeintheattic@gmail.com for commissions and I will be happy to discuss with you of your project!

I have never brought a hairy from this shop and regretted it. All of them are on very good quality tshirts. The prints hold up very well to washes. Which, let's be honest, they will get worn a lot. :)

0 items in your cart